How do you select the best fingerprint scanner? This is the most common question we get.

There are few things that need to be considered before selecting a fingerprint scanner: 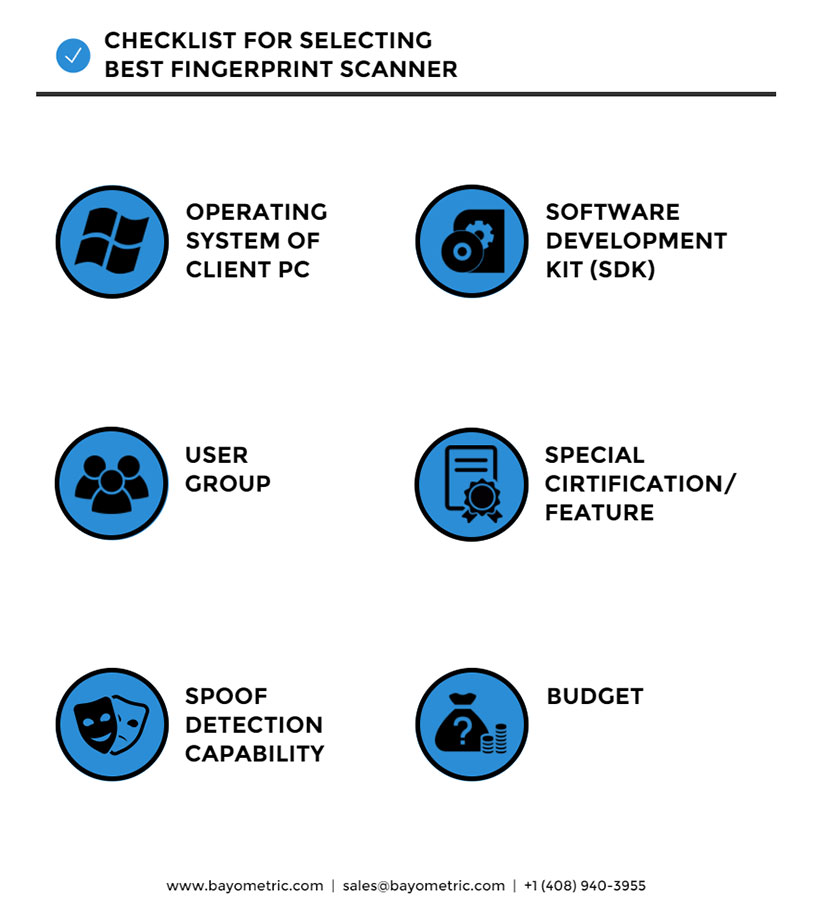 1. What is the Operating System of the Computer to which the fingerprint scanner will be used on?

Here is a list of fingerprint scanners that work on different Operating System:

2. Which fingerprint software is being used for the project?

If you are an end user then you would need a 3rd party software that meets your needs. Some examples of these software could be – Logon to PC, Windows Active Directory Based Logon using fingerprints, Fingerprint based Single Sign On, Fingerprint Attendance Software etc.

3. What kind of people will be using the system?

What is the age group of people whose fingerprints will be registered?

Some scanners work very well for fingerprints of kids and older citizens.

What kind of work they do?

What is the environment? Is it dusty? Is it being used semi outdoors? What kind of fingerprints do users have? Too dry, too moist, dirty?

Some fingerprint scanners like Lumidigm Venus V30x capture fingerprints by capturing data from below the skin. Hence they works very well on damaged fingerprints

Based on our experience,here are scanners that work very well in different environment :

4. Does the scanner require to have any special certifications or features?

Many Government projects require scanners to be FBI certify or FIPS/201 certify. While having these certifications does not mean that it is a superior scanner. This might be a requirement put as part of the project.

5. Do you need spoof detection?

Another common requirement is Spoof detection, also known as liveness detection. If your project will have someone managing the users when they place their fingerprints then you might not need spoof detection.

Lumidigm Venus Sensor has one of the best Spoof Detection.

The final consideration, even though this is last on my list, most people tend to make this the most important aspect and hence many Biometric projects fail. Cost of the fingerprint scanner. It is important for the fingerprint scanner to meet the project and environment requirements. If the scanner is within your budget but fails to meet the other requirements mentioned above then the project is bound to fail..

I hope the above pointers will help you in selecting the best fingerprint scanner for your project.

Did I miss anything that is important to consider in order to select the right fingerprint scanner?